Multi-award-winning Mediterranean beauty, Lisa Panagos®, is an American singer, songwriter, actress, model, and producer. Although born in the USA, Lisa possesses a unique, exotic makeup which can be traced back to her ancestors from Greece and France.

Lisa has kicked off 2020 being nominated by the Akademia Music Awards for both ‘Artist Of The Year’ in the R&B/Soul category, and ‘The Akademia 2020 Artist Vision Award,’ a special honor bestowed upon those artists of exceptional talent and vision in the field of music! Her new single ‘Rescue Me,’ off her ten-song record “Inside,” was mixed at East West Studios by Grammy and Emmy winning engineer Clark Germain.  It was also an entry for the 61st Grammy Awards along with “Inside” for ‘Best R&B Album of the Year.’ Lisa Panagos® wrote, arranged, and produced the single and record, also mixed by Clark Germain at East West Studios, Hollywood, California.

There is a worldwide buzz about Lisa’s new record “Inside,” which she released on her label, Panagos Global Entertainment (PGE), and can be purchased worldwide. Her most recent awards include ‘Best R&B Soul Song’ for ‘Rescue Me’  and the 2019 Executive Award for R&B/Soul by the Akademia music awards in Hollywood, California.

Lisa also recently received an award for ‘Best R&B/Soul Song’ from The Akademia for ‘Ecstasy’ as well as ‘Best R&B/Soul Artist,’ 2019.‘Ecstasy’ was also selected for the ‘Campaign of Love’ compilation release alongside Golden Globe and Grammy-winning artist Irene Cara (Fame, Flash dance). Previous hits include Lisa’s Internationally recognized single, ‘Mind’s Eye.’ It topped the charts on Power FM Global Radio Network, KSRL Radio and its affiliate network stations. Her next release, ‘Know My Soul,’ was also a chart-topper, and received accolades from the Berkshire Media Group and KMIX Radio.

Lisa’s fan base continued to grow, and at that time, many in the music industry took notice.  Lisa was honored at the Rose Bowl in Pasadena, CA, and was given an award for ‘ Outstanding Achievement in Media’ with over 1,000,000 syndicated views. Following her success with ‘Mind’s Eye,’ Lisa released a cover of ‘I Wanna Be Your Lover,’ written by the legendary artist Prince, on PGE. Other songs released on her label include her single ‘Ecstasy,’ her EP,  “Mind’s Eye” compilation, her album, “Know My Soul”  as well as her new, ten-track recording, “Inside.”

Lisa has developed an enviable catalogue of over 500 songs and tracks ranging from R&B /Soul, to Pop, Dance, and Jazz. She is pursuing licensing opportunities for film, T.V., and other forms of emerging media. Lisa has performed to audiences around the world with her original music, musical reviews, and Broadway shows forging her as an internationally recognized touring artist and performer.

Lisa’s Broadway credits include “Annie Get Your Gun,” starring Reba McEntire and Tom Wopat at the Marquis Theatre, NYC, and the first national tour of the same show starring Marilu Henner and Rex Smith. Other theatre credits include “Sophisticated Ladies,” starring the Duke Ellington Orchestra, “Jesus Christ Superstar,” “Phantom of the Opera” and “Camelot” to name a few.

While a featured singer and “Sporting Doll” at the famous Monte Carlo Sporting Club on the French Riviera, Lisa performed for the Royal family and opened for a host of legendary stars such as The Gypsy Kings, Donna Summer, Tony Bennett, Harry Belafonte, and Shirley MacLaine. Aside from her ability to perform live,

Lisa’s acting credits in film and television include the Emmy nominated T.V. series “Yes Dear,” the multiple award-winning T.V. show “Law and Order,” the Oscar-nominated movie “Donnie Brasco,” Indie Film “The Bookcase,” amongst many others. “IMDB“. Lisa has been extensively trained in all areas of the performing arts and has a dedicated passion for music, acting, songwriting and producing. She has studied and refined her craft in acting with world renowned coaches such as Larry Moss (Hillary Swank, Leonardo Dicaprio).  Also, Michelle Danner (Jamie Foxx, Selma Hayek) and Patsy Rodenburg (Judy Dench, Ian McKellen), just to name a few.

Lisa has a Bachelor of Fine Arts in music, acting, and dance. An awards recipient from multiple U.S. and International organizations to date, including the IBC in England, Lisa is an active member of SAG-AFTRA and Actors Equity Association.

Lisa currently resides in Hollywood, California, where she is developing her live show with Emmy winning and Tony-nominated choreographer/Director AC Ciulla and is in pre-production on her forthcoming record with multi-Grammy winning Producer Jeffrey Weber.  She is preparing for the lead role of Charmay in “Smiling Through the Tears” and has just landed the role of Jenny Bauter in the film “Of Myth and Legend,” scheduled to shoot in New Mexico 2021.

Lisa speaks conversational French and has performed arias in Italian, German, and French. She has been featured in a variety of magazines such as Music Connection Magazine, Authority Magazine and Talent Raters Magazine, and a featured artist on multiple syndicated radio shows to date. There is no denying that Lisa Panagos® is an award-winning singer, songwriter, actress, model, and producer, full of passion and soul.  Her sultry vibe captures audiences worldwide.  Lisa continues to rise charts, win awards, and is quickly becoming a force to be reckoned with in the entertainment industry worldwide. https://lisapanagos.com 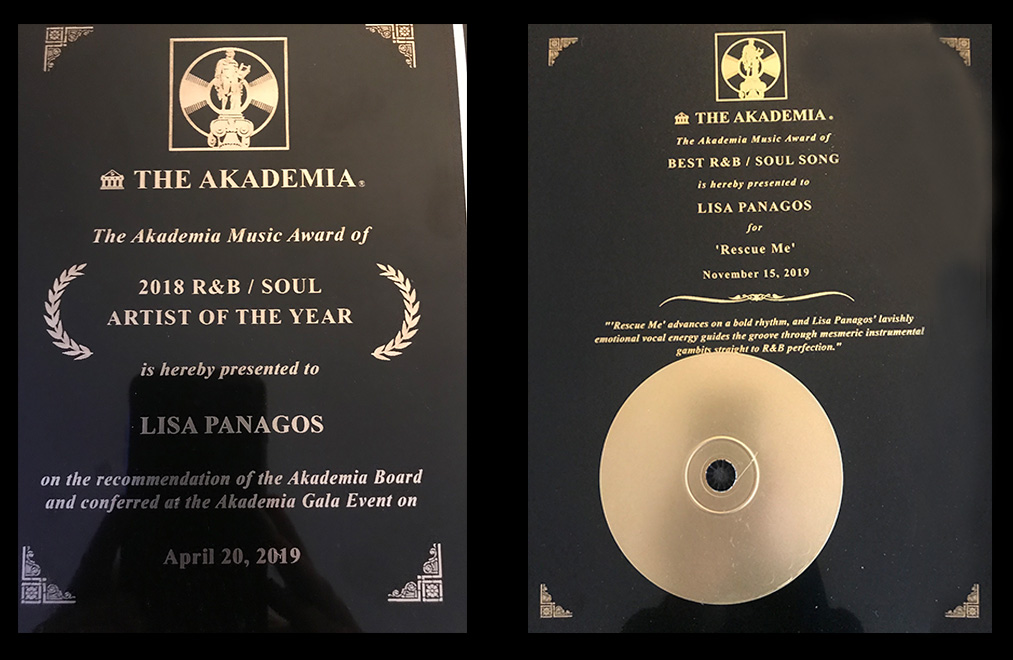 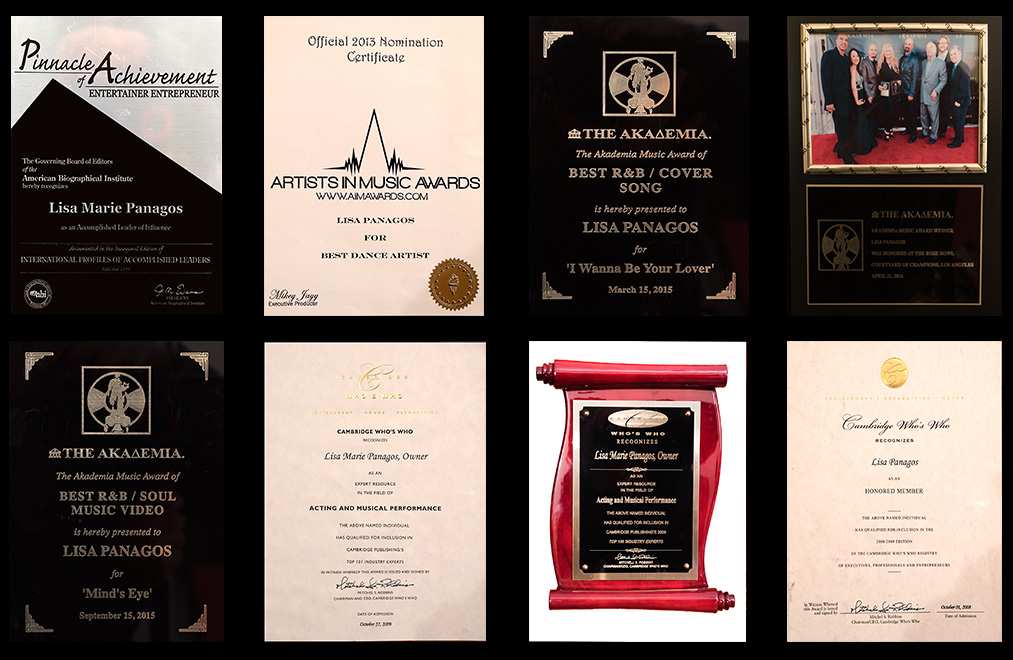 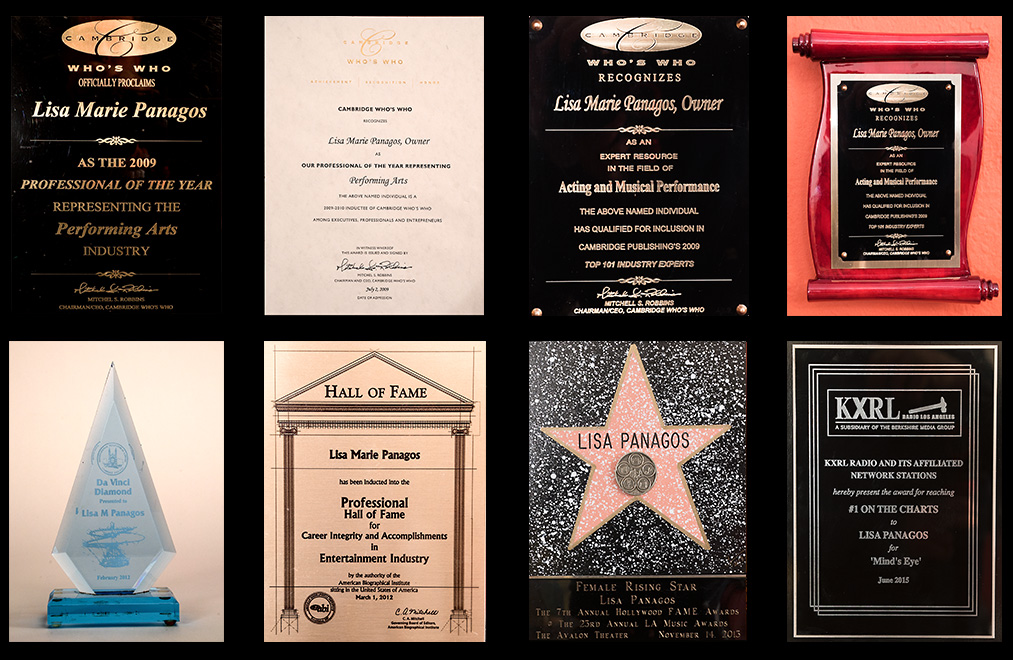 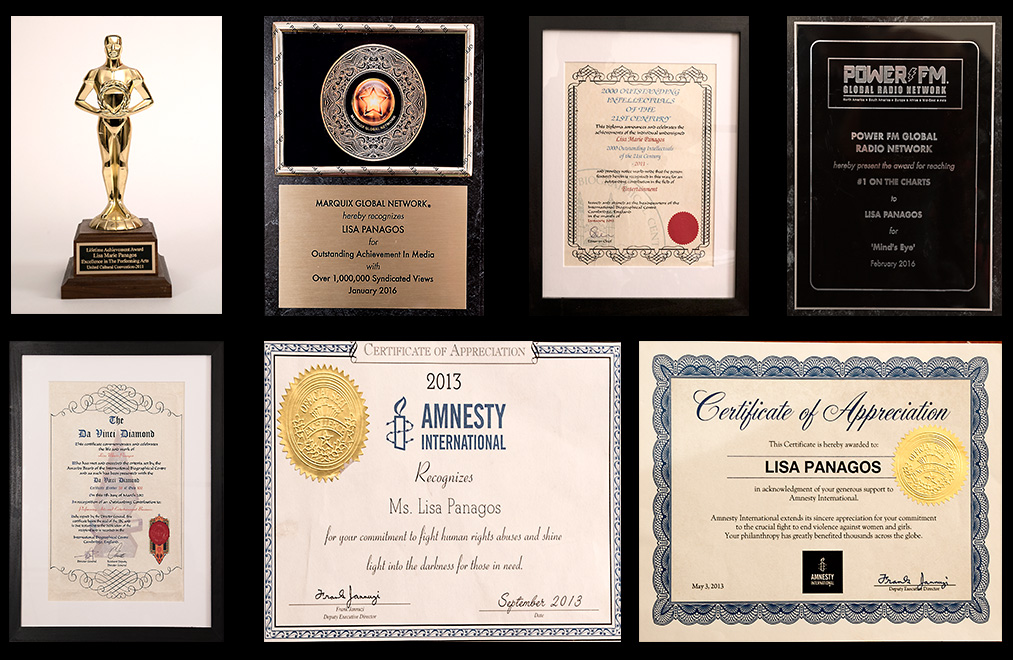 which is in the running for the 61st Grammy Awards in various categories. Since all the above are correct, Serious Records Inc, Sparkx Radio Network, in association with SJR Media Group Entertainment, and Radio Personality, Skip The Funktologist, we invite everyone to join in and share with us “The Campaign Of Love.” With so much division and discord taking place amongst the human family, “It’s Time For Some Affection.”
by Just Jay, HYPE Magazine – Read More

She is multi-talented in that she is a songwriter, vocalist, actress and model. That is an impressive list for one woman to handle but Lisa has done it with class.”
by Nick Christophers – Read More

The album I have just listened to is called “Know My Soul’ by the beautiful and breathtaking dance pop diva musician and singer Lisa Panagos.”
Magical Memories by Steven F. Adams, Sound Wave One – Read More

Songstress Lisa Panagos Returns with new single and upcoming album. Lisa is full throttle mode and looking to put her best work forward. Keep an eye and ear out for music and acting where you will not be disappointed.”
by Nick Christophers – Read More

Lisa Panagos has mastered one of the most entertaining and nuanced styles of R&B/Soul entertainment we’ve come across in years. There’s an unpretentious realness to this artist and judging by her growing fan base, she may be precisely what the new generation didn’t know it was missing.”
Interview with Lisa Panagos by Blake Wright – Read More

Mind’s Eye’ is a bouncy, tropical-flavored jam by Lisa Panagos that will lift fans around the globe with its oassuibate messages if love and acceptance.”
Brandon Scott – Marquix Global Network – Read More

A refreshing and seductive rendition of this classic with all of the requisite style and attitude, plus a sensuality that even the original artist couldn’t master”
The Akademia – The Akjademia – Read More

Mind’s Eye Compilation” is a soulful R&B dance EP from talented vocalist Lisa Panagos. These songs have great commercial appeal, are very upbeat, and are ready to get you moving. Lisa has a fantastic voice and shows you a complete range of talent with her performances on the EP. The arrangements are great and feature beautiful melodies, addicting hooks, and catchy choruses. There are interesting creative choices as far as the production goes; Each track sounds complete and harnesses the qualities that make dance music work. Highlights include “Know My Soul,” an extremely catchy track with a great chorus that is ready for the radio. “Down” takes you down the road of experimentation with unconventional sounds, a slightly dark undertone, and great production. “Mind’s Eye R$B” wraps things up nicely with atmospheric elements combined with soulful rhythms, nice vocal layering, and a great performance from Lisa.”
William and the Radioindy.com Reviewer Team – Radio Indy 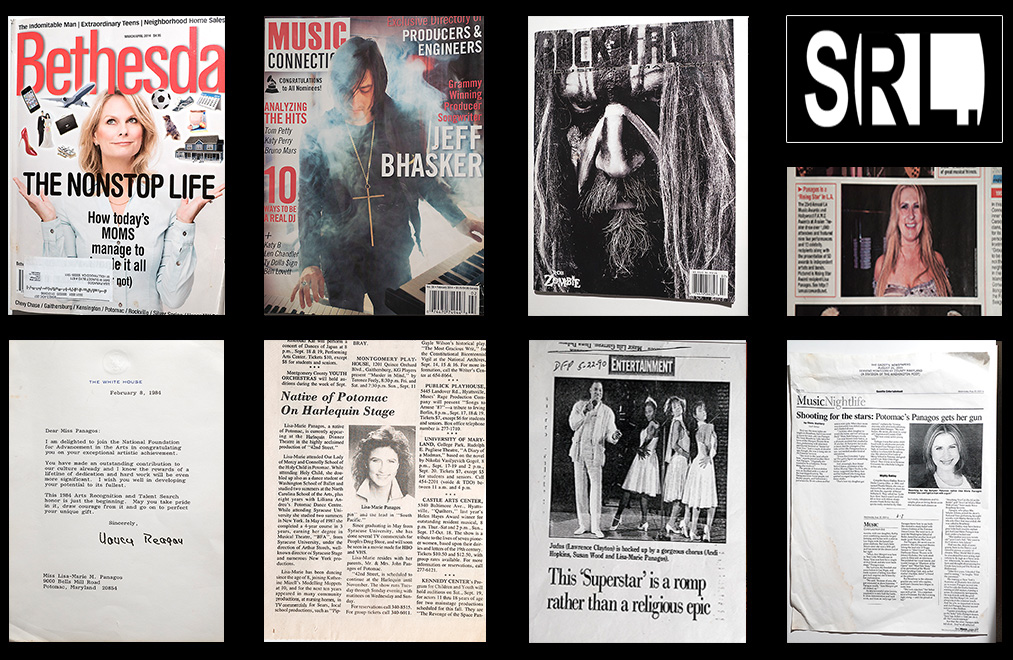